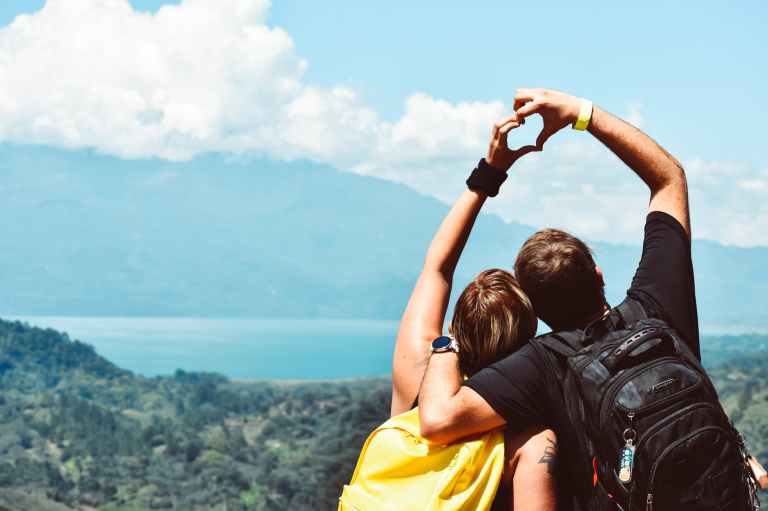 I strongly recommend you read the blog post that goes before this (it’s actually split into two shorter entries. Click here to read the first one.

Me (awkward because we’ve been on the phone for 30 minutes now): …hi.

Me: This is the most awkward conversation I think we’ve ever had and that includes when you told me you were questioning.

Michael: Want me to talk in a Trump voice so it’s great? What do you want to know about me that you don’t already know?

Me: Is there anything you think I don’t know that you would be comfortable telling me? I feel like if it is important, I know it.

Michael: I think I’ve known longer than what I probably told you… that I was just in denial of my own sexuality but also didn’t want to accept it because I knew it would hurt you. But then I realized it was hurting you from not telling you and hurting me as well.

Me: Can you explain more how it hurt you?

Michael: I think being in denial just limited my options in what I should do. I loved you during that time but like you said before, I didn’t embrace it in fear I wouldn’t have support or anybody left because I was afraid I would lose you. So I didn’t give myself the chance to do anything about it and instead had this thing I was afraid of.

Me: Did you ever try to tell me and change your mind before I knew?

Michael: Yeah. I tried to play it off like I was joking but now looking back it was just my way of slowly accepting and testing the waters to see how you would respond. Like do

you remember when we were watching Will & Grace junior year and I acted like I was confessing to be gay? I don’t think I knew at that time but I was playing with it.

Me: How did you expect me to react when you imagined telling me?

Michael: I was afraid you’d throw something at me–get upset, and walk out and never talk to me ever again. Just get really pissed off and that would have devastated me because the one person I knew I could trust and who would support me leaving would make me feel like I lost everything. I thought even if my parents might not accept me when I finally told them, I’d still have you so it would be okay.

Me: Wait, you thought I would get physically aggressive?

Michael: No. I don’t mean that. I mean I do but I don’t. What I mean is I always had it built up in my head like it was going to be this big, scary thing and that’s just what I imagined. I was anxious about it so what I imagined was worse than I knew it would be.

Me: How long do you think you knew before I knew?

Michael: I think I knew maybe six months before I told you, so maybe around January to March 2015 I knew.

Me: What was the tipping point? Was it gradual or did it hit you all at once?

Michael: I think when I realized, I noticed I was checking out men too, just noticing them.

Me: Did you ever think about just living with it and marrying me and not telling me? We were getting to the point where we were starting to deal with the inevitable engagement questions.

Michael: Yes. I didn’t want to hurt you and I loved you and thought we would be together for forever so I was just going to keep it to myself. But then I realized that over the course of our relationship, there were a lot of…

Michael: Yes, murky times where I didn’t know if the conversations I was having with women were cheating or not cheating but they felt wrong. But I still kept feeling like I needed to do it. Then I started having them with men. It seemed like I just kept gravitating towards that our whole relationship.

Me: What do you think made you do it before it involved men?

Michael: I think I knew and have always known but was in denial and thought if I talked to women online then I could prove to myself I was straight.

Me: Were you physically attracted to me then?

Michael: Yes. But I wasn’t sure if it was just you.

Me: So if you were dating a woman, why do you think you needed to do that to make sure you were interested in women?

Michael: It’s hard to explain. Maybe I was trying to make sure I wasn’t just attracted because of our emotional relationship and that I was attracted to women in general.

Me: Makes sense. That’s what I think you told me before. I’m going to change gears if you are okay with that. Let’s talk about when you came out.

Michael: You were the first person. I didn’t even tell Matt. I think he had an idea but I never said it to anybody else.

Me: Can you walk me through how it happened when I found out?

Michael: I remember when you came across some of the conversations I was having. We were searching for your car keys and you picked up my Ipod touch. When it lit up from being picked up, it had all of these message notifications on the home screen and that’s how you knew. It was really hard. I felt like my life was ending but also it felt relieving, like a weight was lifting off my shoulders, all while the world was crashing down. If that makes sense.

Me: What do you think of how I responded?

Michael: I think you responded a lot better than I thought you would.

Me: Even though I was mad about the secret conversations?

Michael: Yeah. I remember a lot of crying, mostly mine, and you were really, really angry and hurt because it was cheating to you. That’s what you were focused on. You rose your voice about the cheating and were hurt. You didn’t seem to even notice it wasn’t all women.

Michael: It was like an angry aha moment, like that explains everything but you were afraid and when you get afraid, you get angry. I got the death glare and I think after we talked some, you walked stormed off because you needed to process. It was like you knew but when it was actually there and it might change everything, you needed time to process. You didn’t want to say much until you had I think. On some level though, I think you were relieved.

Me: Did you expect me, being mad about the sort of cheating, to tell everybody and “out” you?

Michael: That was another fear of mine when I imagined telling you but I knew you could do it but that you’d understand and wouldn’t do it to me. No matter what. You might tell somebody in confidence to talk and process but I didn’t think you’d blow it wide open.

There is a second part of this interview that you can follow here. Also, if you have any questions or comments, please feel free to leave them below or email them at atlasgriffin12@gmail.com.