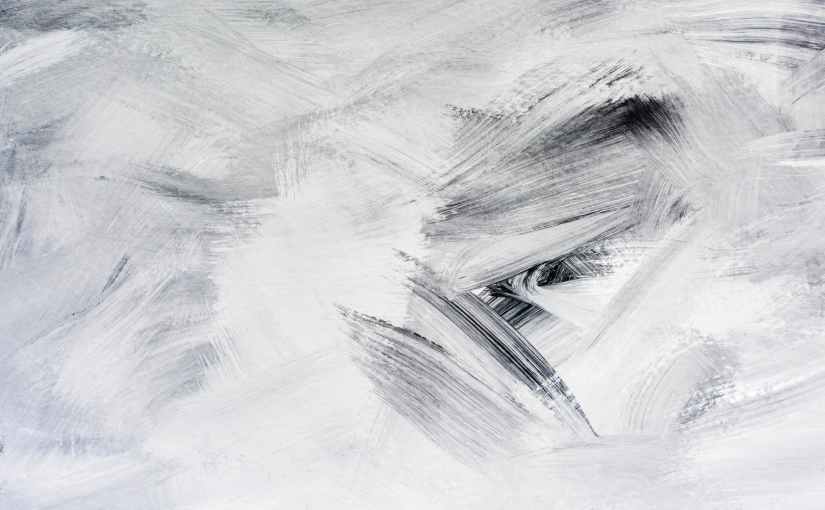 This is the second part of a previous post. I recommend you read it first here.

The physical sensations are pretty much the same too. I was at the wedding of a friend a few days ago and I went into it with that same uneasiness. I have really been struggling with my self-esteem and keeping my PTSD box closed when I am in public spaces. It has been the two hardest years of my life (interestingly enough in spite of the fact it bears none of the constant, heavy trauma and violence I experienced as a child and teenager) and I had been waffling about going for a while. On the surface, it was a defining moment for somebody who means a lot to me. On the other, a former friend and the ex of my current significant other was going to be in the bridal party, bringing significant tension given our estranged relationship since they ended their relationship several years ago because, his friend at the time, I was pretty one-sided and obnoxious. That alone made me reluctant because while I genuinely don’t care about being in the bridal party, I mean given how scarred I am from past experiences, being at a family function, in front of a lot of people, with a lot of noise and sound… I can’t explain it but my hands are shaking thinking about it. Growing up, those types of events were where people had a few too many drinks and once the euphoric effects of alcohol wore off, shit hit the fan. And I was usually the fan. So needless to say, I would have found a way to make it work had she asked me but I neither expected to be asked nor had a problem with not being asked while my former friend was asked. She lives really far away from everybody now and it gave her room to reconnect. Besides, the wedding was about my friend and her now husband’s happiness.

In spite of where my priorities lie relative to this wedding, I was reluctant to attend not because I was bitter or feeling petty, both of which I have previously been in this social group and very much regret. I was really hurt because, as I understood it, my friend felt like she couldn’t tell me because, word through the grapevine, she was worried I would be mean or angry. I’ve never been mean or angry to her, not that I could possibly think of. In fact, the only person I have had an intense reaction to was the other friend when her relationship ended and I resented some of the things that brought my friend so much hurt. I am intense. I am passionate and I am a hot head. And I know it. But I am a hot head only when I really, really care about an issue. In this case, I only really, really cared about the friend getting married. It hurt me that she felt that way; it hurt me that she was in the position to feel that way or to even have to think about it; it hurt me that we weren’t good enough friends for her to say it to me and I had to hear it by word-of-mouth from a less than unbiased source. It just hurt that I felt so disconnected and left in the dark. When I heard it had been hinted at some time, I don’t know, last year, I thought maybe it meant our friendship was over and I deserved it (I can be pretty dramatic). I wasn’t even sure I’d be invited to the wedding and was prepared to be supportive of that, let alone be in the bridal party. Nothing had been said but from the level of distance I perceived, it felt like that was the case.

So like ogres and onions, I have layers and so do my feelings, many layers, which is why I should really only communicate significant feelings and thoughts in writing because, between my anxiety, insecurity, humility, and awkwardness, I almost always overrepresent them and create more problems than my genuine thoughts would have. I was anxious about the white elephant in the room, eh since brides dress in white let’s change it this time to pink, glass elephant in the room. A disgustingly pepto bismol pink that I have only ever seen outside of the medicine when my mom painted it on my walls when I was nine. I am still a little angry with my former friend but also sad because she was/is somebody I genuinely cared/care about and somebody I miss, all dysfunction and awkwardness aside. Being around her and the whole group with how different things are definitely is hard for me because it makes me confront sad feelings I bury under anger the majority of the time. (For better or for worse, I’m like a blow fish; me throwing out tons of sharp spikes can be misinterpreted as a threat but I’m really trying to protect myself because I’ve been hurt in my life, a lot, and by people who were supposed to be caregivers so I keep almost everybody at a distance even if I don’t want to). It makes me sad, angry, and confused about how I treated her. At the time everything was moving so incredibly fast and I had things going on nobody else knew about and it just swirled. Before I knew it, I had committed so strongly to this narrative of her I had in my head, to my anger, and my self-righteousness that it seemed there was no going back.

This post is broken up into multiple to keep them shorter. You can read the next part here.

One thought on “Zero and two thousand pounds of gravity.”