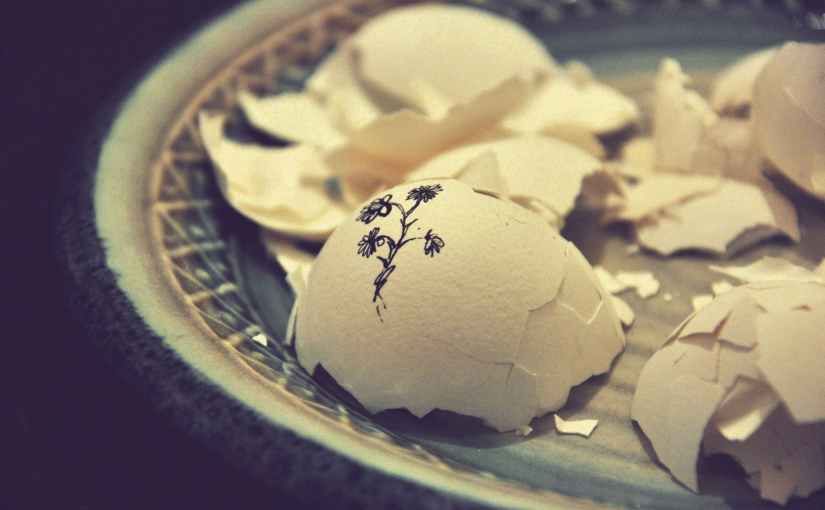 This is the third in a multi-post piece. I recommend you read it first here.

It was disorienting for me and I had more of a reaction than I understood, was less able to be impartial than I wanted to, and I just became somebody I don’t recognize. I don’t say that to excuse myself. This was no invasion of the body snatchers. It was definitely me and I am culpable for my behavior and conscious it speaks to my character, but I’m grasping at straws when I try to figure out what she (aka I) was doing. Being around her reminds me of that.

She was also somebody I let hug me, one of the few people because letting people put their hands around you and be that close to the most vulnerable parts of your body is counter-intuitive for me. I balk when anybody hugs me because it takes a moment for the rational piece of me to catch up with the instinctive part that is frozen between some subtle form of fight-or-flight where I back up and wall the person off with my hands.

I let her hug me because our friendship was hard-earned. Neither of us clicked initially and it was one of those relationships I had to develop over time by listening and sharing (something which feels like streaking to me) and identifying shared experiences. And one of those shared experiences is anxiety, hers and mine. She is probably one of the only people who I have ever felt really got how I felt and what it was like for me. I never told her or indicated that in any way, but she was. And when they split up, it tapped into years of family trauma and broken marriages, people moving out in the middle of the night, ripping pictures off of walls on Christmas Eve and going nose-to-nose in spittingly blind, tumultuous rage. Their separation was nothing like that and I knew that, but I got extremely emotional one night when they had a moment and it just threw off my equilibrium. It was too much to process and overwhelmed me. It activated too many sensors, opened too many dusty boxes, and rubbed too many forgotten scars–for no reason other than it had the end of a relationship in common. I have no idea why all of my previous experiences bled into that one, or what I did to let them.

I tried to gain my footing, the way you try to keep your balance walking across those fun house bridges with the many spinning black cylinders at your feet. And that footing was to be the worst version of myself and for that I will never be able to do anything but know it happened and, to myself, own my own behaviors. Anyways, her anxiety means something to me and, knowing how salient feelings of anxiety have been to me for the past two years, I was uncomfortable with the idea of making her uncomfortable, assuming I might. I had thought about apologizing. I started I don’t know how many letters. But I always thought maybe what was intended to be a sincere gesture was just me looking for a reason to absolve myself of my own actions. So I threw the papers away each time. Maybe it is so long over and, like my feelings then, I am on an entirely different wavelength and inappropriately restless with something which everybody else is past. And I can appreciate that. I am anything if emotionally and inter-personally normal. It would be selfish to apologize if it meant bringing up old wounds, right? I never decided and being at the wedding, I was not assuming I would be a focal point of tension but the idea that I could create tension for her, and through her, my friend getting married, I really did not want to go. That anxiety and tension in me built parallel to a hell of a lot of other anxieties in my life until I RSVP’d. I tried to focus on the positive and be excited. I am very happy for my friend. She deserved a wonderful day and I wanted her to know that was important to me. We never actually outright talked about her bridal party and part of me wonders if over the game of telephone, things got misconstrued and it was never a point of anxiety for her. When we went kayaking on our own and first “treat yo’self” day, she told me if we were as close when she got engaged as we were then, she would probably ask me to be in her bridal party. Honestly, I didn’t think too far into it, probably because I was kayaking. She got engaged two months later but in the midst of that, this really important relationship in our social group ripped wide open and changed everything. To be honest, I forgot she ever said that until it popped in my mind recently.

I was anxious about making people uncomfortable, I was uncomfortable (I’m already awkward in ALL social situations), and I was ashamed and insecure that, if all of these worries about me overreacting were true, that I was going to be at this event where people saw me as partially a monster, and maybe I am. I don’t want to be. I try not to be but I’m human and I’ve done some shitty things I wish I could take back.

The morning of the wedding, I got up and showered several hours before I needed to. I was excited and looking forward to the event. I planned to be supportive and I did not plan to walk up to my former friend because I didn’t want to bother her but if I came up to me, I planned to tell her she looked beautiful and I was glad she seemed happy. And all of that remained but sometimes even unrelated anxieties take over and I just lock down emotionally. I went from being happy to hearing my significant other ran into them in the hallway of our hotel and, suddenly all of it being real and that I was going to be in this room with all of this tension I felt hit me. I have gone out of my way to hide what has been going on but in August 2016, I was having such strong PTSD and depressive symptoms I stopped being able to function one day on the way to work. I pulled over on a street I didn’t know, put my head against the steering wheel, and froze mentally. I was no longer in command of my extremities and suddenly managing to sit back up and move my arms to 5 and 9 on the steering wheel felt like rocket science. Long story short, I ended up going to see my psychiatrist instead of work and he was concerned enough he had my then boyfriend take me to the emergency room. I had no means of hurting myself and hadn’t been planning on it but it came over me as suddenly and hard as a realization that I’m in a tall building and everything below me has long caught fire so the only thing I can do to keep from burning alive is jump. And I wanted to jump so badly it hurt, like when you long desperately for something you once had but it slipped through your fingers. I haven’t been in that bad of a position since but I have been really playing with the duller and razor sharp edges of suicidal ideation and intent since and triggers or stressors, like that morning, just made that itch stronger.

This post is a work in progress  but I wanted to make it public since I am linking the entries. When I finish it, there will be more to this post and another link to the next.

One thought on “Zero and three thousand pounds of gravity.”